EBL were recognised in the category Runner Up for Best Change of Use of an Existing Building or Conversion, received from Local Authority Building Control Excellence Awards 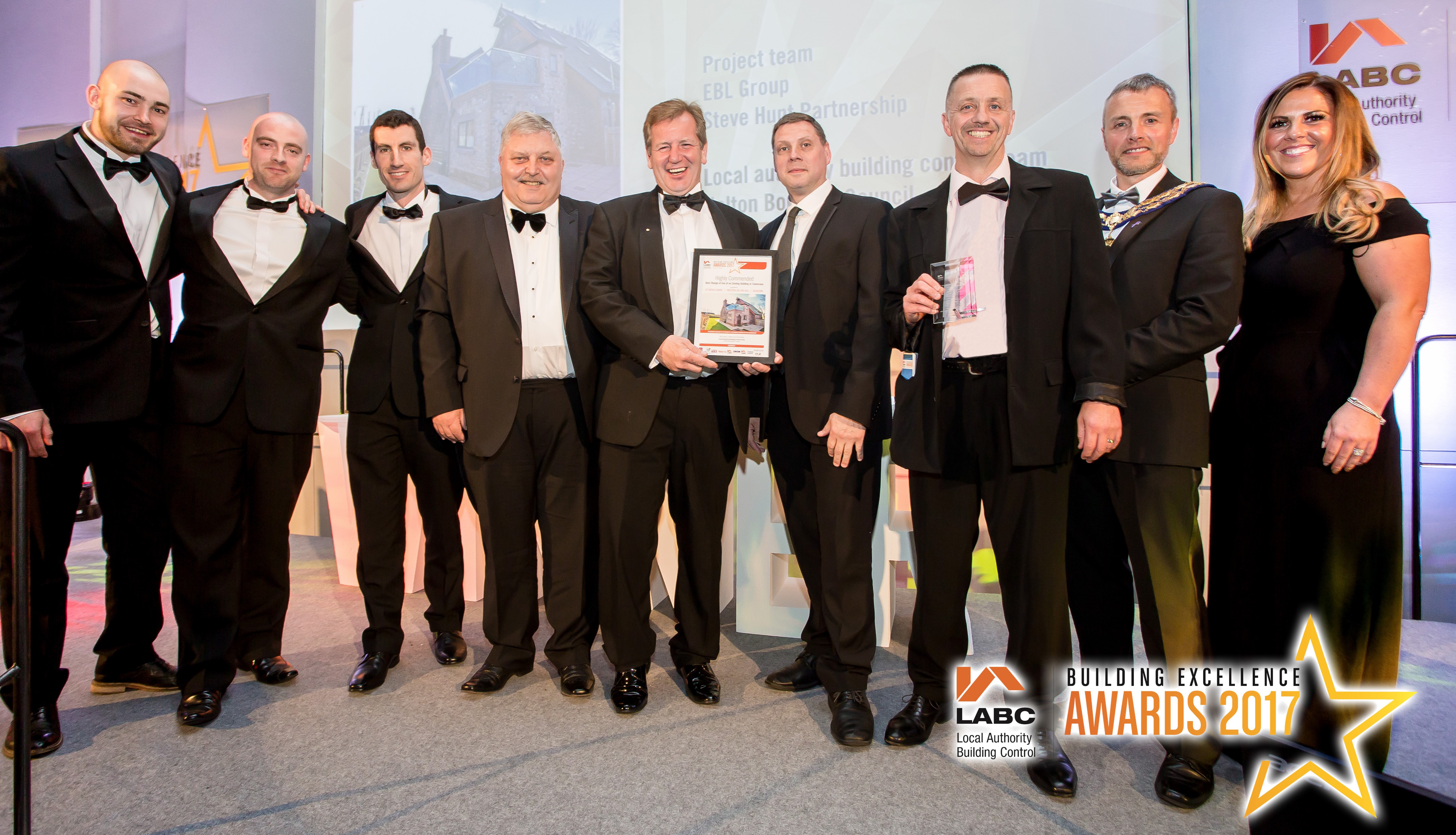 A historic chapel brought back to life in a £1m restoration project has landed Cheshire construction company EBL Group a prestigious industry award.

St Faith’s Mission, in Preston on the Hill, dates back to 1887 and was transformed into four family homes by EBL Group’s heritage team.

EBL Group managing director Eddie Basnett said: “We were over the moon to get this kind of recognition for St Faith’s Mission which has been a labour of love from day one.

“It wasn’t an easy job, because the chapel was in really bad shape when we took it on, but it was a very rewarding one.

“Everyone at EBL Group who was involved in breathing new life into this beautiful one-off building is very proud.”

St Faith’s Mission was rescued by EBL Group in 2007 at a property auction televised by hit BBC property show Homes Under the Hammer.

Once the chapel was cleared of its pews, prayer books, a font, pulpit and an organ work began on converting it into four homes, over three storeys, using the attic and cellar.

The heritage team from EBL Group painstakingly restored many of the chapel’s historic original architectural features – from the 12ft high windows and sandstone windowsills to the oak beams and bell tower – and incorporated them into the new homes.

Mr Basnett worked very closely with Mr Bradshaw and his team during the conversion of the chapel. Initially plans were drawn up to convert the chapel into a four bedroom family home before a decision was made to turn it into four separate dwellings. Restoration work spanned a decade as plans for St Faith’s Mission evolved and the development went into EBL Group’s land bank for five years during the recession.

Mr Bradshaw said: "Everyone in the building control team at Halton Borough Council strives to have a positive working relationship with builders and developers, such as EBL Group, so that we can all work towards a better, stronger and sustainable borough.

“I was only too pleased to nominate St Faith's Mission for an LABC Building Excellence award and it was a worthy of a highly commended award because of its vision, imagination and sympathetic restoration whilst meeting the relevant requirements of the building regulations."

As well as the St Faith’s Mission project being recognised in the ‘best change of use of an existing building or conversion’ category an EBL Group development for One Vision Housing - Lime Grove, Seaforth, Liverpool - was also nominated in the ‘best social or affordable new housing development’ category.

The LABC Awards showcase the projects where construction and design teams have overcome technical challenges and building site constraints to create first-class buildings.

"Our awards are unique because they recognise how this cooperation improves building standards and professionalism across the industry.”