EBL has won the right to continue its Investors in People accreditation after being re-assessed for the award under upgraded and stricter criteria. 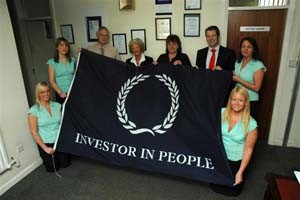 EBL was originally awarded IIP accreditation in 2002 when the group was one of the first in its industrial sector in the North West of England to gain the highly sought-after recognition.

Eddie Basnett, Chief Executive of the EBL Group, says: “IIP standards of assessment have got much tougher over the years and take a lot of serious preparation by everyone in the company. But although very strict, we were all prepared for the assessment and we have just been told that we passed with flying colours!”