EBL Group is “Builder of the Year”

The EBL Group has become Vale Royal Borough Council’s “Builder of the Year” for the imaginative conversion of an 18th century Grade 2 listed barn complex into eight luxury houses, known as “Sutton Chancellor” in Sutton Weaver. 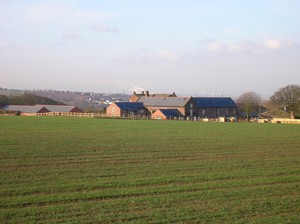 Vale Royal’s choice of EBL is part of the Cheshire “Built In Quality Awards” in which each local authority within Cheshire puts forward a nomination for the coveted overall regional title.

In nominating the EBL Group, Vale Royal recognised the specialist skills needed for the project together with the balancing act between stringent controls and regulations laid down by English Heritage and the equally gruelling fire and safety regulations insisted upon by local building inspectors.

Says Eddie Basnett, Chief Executive of the EBL Group: “Sutton Chancellor has probably been the most challenging restoration project we have ever undertaken. It is therefore very satisfying to have been chosen by Vale Royal Borough Council as their Builder of the Year. Now we have a reputation for such specialist restoration work, we look forward to similar projects in the future.”