A mission to restore...

Built as a village community hall in the late Victorian era - when horse power was more concerned with ploughing fields than with traffic on the nearby M56 – The Chapel House close to Preston Book in Cheshire has enjoyed a colourful and enduring history, now extending into its third century. 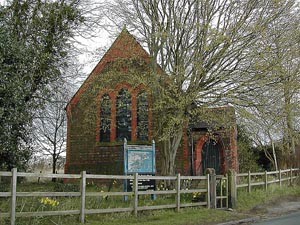 Originally called St. Faith’s Mission, the building served the local community for more than a hundred years - from 1897 to the turn of the millennium. Initially designed as a meeting place for the villagers of Preston-on-the-Hill, the building soon came to be used as a place of worship, and for many decades, regular Sunday services were held in the mission. But following a period of declining use in this role, three years ago the building fell into disuse and disrepair.

But now its fortunes have totally changed. The Chapel House has been rescued by EBL and can look forward to a new lease of life. From it will evolve four luxurious apartments, blending modern design and top quality appointments with many of the Chapel’s original features.