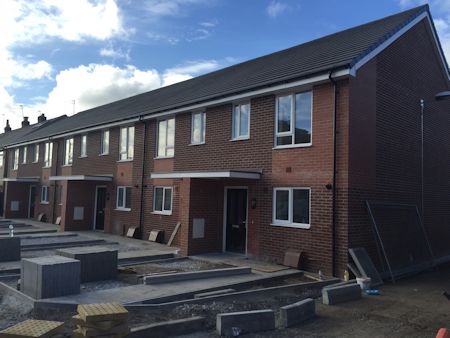 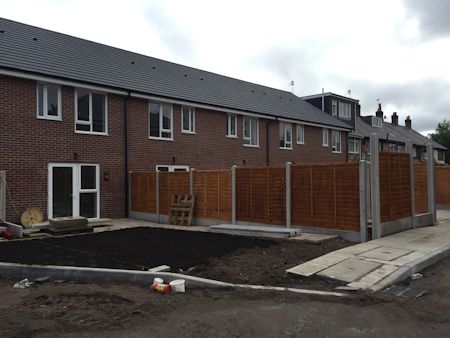 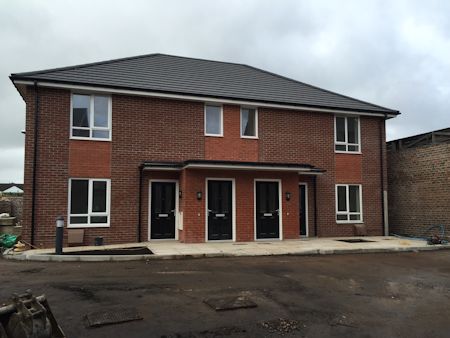 This is another One Vision housing development which is focussed purely on property rental.

Work started on fourteen units in May 2015, consisting of six 2 bedroom houses and eight 1 bedroom flats.

The land on which it is being built previously had a commercial usage, but the buildings were demolished in preparation for the development.

Poor ground conditions and the proximity of the development to old buildings meant that some underpinning work was required for some of the properties which is quite specialist in nature.

An old water well was found in the middle of the site which required stabilising and filling. The site has been constructed in one of the wettest winters in living memory. However, the project has been progressing on time and in budget.